For the first time we made full use of the new projector and screen, which were installed in the hall of the Fatra House of Arts in autumn 2021 during the reconstruction of the lighting.

After 100 years, the first Slovak feature film Jánošík, which premiered here on 3 January 2022, returned to the Fatra House of Arts.
Stanislav Palúch composed a great music for the film. It was performed during concerts by the Bashavel group (Stanislav Palúch, violin, Marcel Comendant, dulcimer, Klaudius Kováč, piano, Róbert Ragan, double bass, Peter Solárik, drums) and the Slovak Sinfonietta Žilina under the baton of Vladimír Martinka.

The concerts took place on 3 and 4 February 2022.
The concerts were co-organised by the Slovak Film Institute. 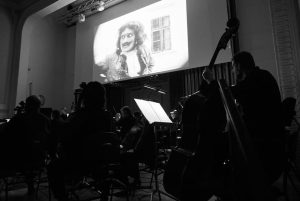 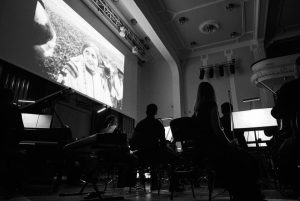 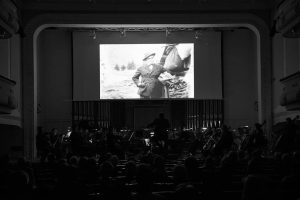